Research guide for finding Black newspapers from around 1860-present for students in Lisa Goff's AMST 3221 & 3222 classes. 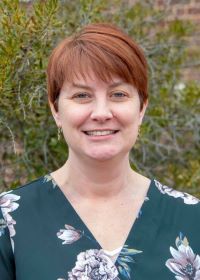 Director, Research in the Arts and Humanities

Other Research Guides of Interest

The following databases include Black newspapers from around 1860-1920 (and more). Use advanced search features to limit searches by date, location, and other criteria.

African American Newspapers Series 1 & 2
Provides online access to more than 350 U.S. newspapers chronicling a century and a half of the African-American experience. This unique collection, which includes historically significant papers from more than 35 states, features many rare 19th-century titles. The link will take you to a larger collection, America's Historical Newspapers, with these two series of newspapers selected.

ProQuest Historical Newspapers - Philadelphia Tribune
The oldest continuously published black newspaper, is dedicated to the needs and concerns of the fourth largest black community in the U.S. During the 1930s the paper supported the growth of the United Way, rallied against the riots in Chester, PA, and continuously fought against segregation. Coverage is from 1912-2001.

ProQuest Historical Newspapers - Atlanta Daily World
This historical newspaper provides genealogists, researchers, and scholars with online, easily-searchable first-hand accounts and unparalleled coverage of the politics, society, and events of the time. Coverage is from 1931-2003.

African-American Historical Serials features 173 periodicals spanning from 1816 through 1922. The periodicals in this collection include newspapers and magazines, in addition to reports and annuals from various African American organizations, including churches and educational and service institutions.

The links below should take you directly to browse/search features for listed titles. If you know of a particular newspaper that you'd like to search through that is not included in this list, please check for access to the title in Virgo, or reach out to Sherri or Chris (information on left) for help.

Selected Black Newspapers from Other States

Far from an exhaustive list, these papers, although not based in Virginia, may include news about events/happenings in Virginia. If you know of a particular newspaper that you'd like to search through that is not included in this list, please check for access to the title in Virgo, or reach out to Sherri or Chris (information on left) for help.

Ebony Magazine Archive covers civil rights, education, entrepreneurship and other social topics with an African-American focus. It includes more than 800 issues providing a broad view of African-American culture from its first issue in 1945 through 2014

Black Life in America is a primary source collection that offers an expansive window into centuries of African American history, culture and daily life—as well as the ways the dominant culture has portrayed and perceived people of African descent. The content in this database is sourced from more than 19,000 American and global news sources, including over 400 current and historical Black publications.

Colored Conventions Project is a digital humanities interdisciplinary research hub that uses digital tools to bring the buried history of nineteenth-century Black organizing to life. The site features hundreds of primary sources from the conventions movement. Primary sources include minutes, proceedings, newspaper articles, speeches, letters, transcripts, and images. The digital collections are organized by year, type, and region. Many primary sources have been transcribed and are keyword searchable. Mirroring the collective nature of the nineteenth-century Colored Conventions, CCP uses inclusive partnerships to locate, transcribe, and archive the documentary record related to this nearly forgotten history and to curate engaging digital exhibits that highlight its significant events and theme.