A research guide designed to be paired with the UVA Library's Research Data Services workshop on the Census. Learn the basics of Census data, and how and why you want to use it. https://tinyurl.com/UVAcensusWorkshop 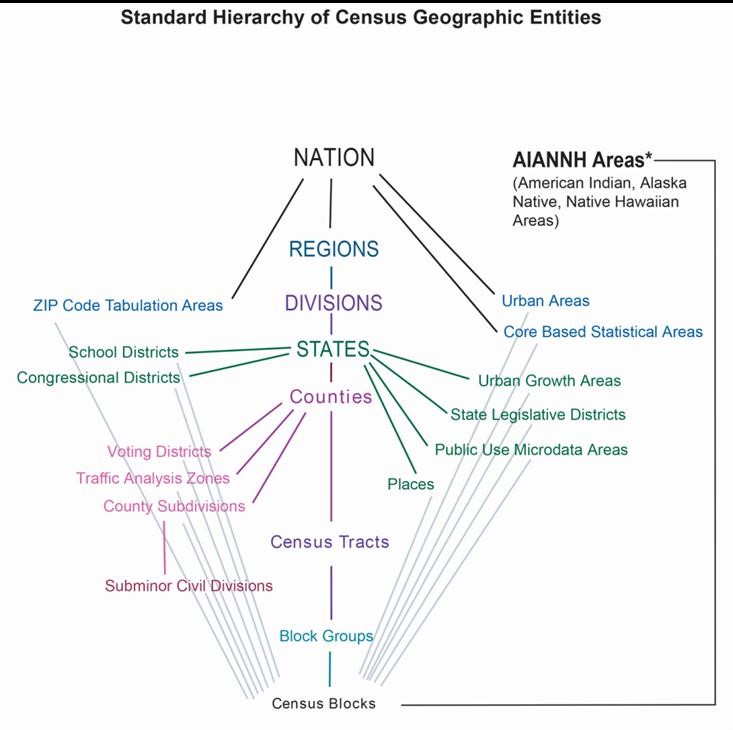 I think the important thing to highlight here is that:

What are these things anyways?

How to find your geographies

How to keep track of geographies with FIPS codes

Each geography comes with a geographic identifier called a FIPS code.  This code helps track geographies, which is useful when you need to join different Census tables or other non-Census surveys, or map Census data with a GIS.

The first two digits - 51 - represent the Virginia state FIPS code, and the last 3 digits represent the counties within Virginia.

Note on a Virginia Quirk

The census handles Virginia independent cities BOTH as cities AND as though they were counties.  You can find independent city data in county-level tables, which is convenient when you are pulling data for several Virginia counties.

The curious might enjoy this Wikipedia entry on the history of independent cities in Virginia:

Note on Urban and Rural areas

If you are interested in the differences between urban and rural areas, do yourself a favor and read up on the Census's definition of those areas.

“Rural” encompasses all population, housing, and territory not included within an urban area.